A Haunted Vegas Tour: Six Spots Where Spirits are Said to Roam

The ghosts of Las Vegas extend far beyond the supposed bodies buried in the desert. Alleged hauntings abound in the Valley, from spirits walking the halls of legendary casino corridors to long-gone performers stopping by their old stomping grounds. Here are some of the spooky stories I’ve been told during my 20-plus years in Las Vegas. Grab your audio recorders and UMF readers, it’s time to contact the dead. 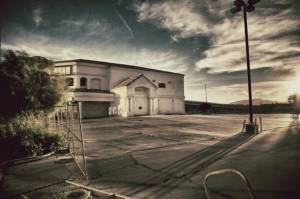 If this location isn’t haunted, at the very least it’s cursed. Rox, Epic, Hidden Secrets, a Mexican restaurant and even a soul food joint—nothing has worked at this property, which you can see off the 1-15 and is abandoned more often than not. Upon further investigation in 2009, I learned the Paranormal Investigation Team of Nevada (PITON) was called in and collected evidence in the form of EVP (electronic voice phenomenon) and EMF (electromagnetic field) readings. “It definitely has paranormal activity,” said Diana Elkins, who led four investigations at the mysterious site. Rumor has it the Mob once used the same land to bury bodies, but research into that legend yielded no results. (Business space) 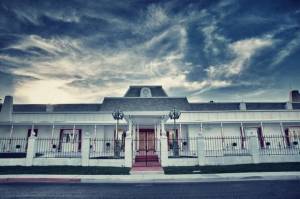 You can’t talk Vegas ghost stories without the King. The Hartland Mansion is known for hosting swanky wedding receptions and high school formals, and was even featured in the film Casino. But it’s not a mobster’s spirit that frequents the Downtown home. Elvis dusted off his blue suede shoes at Hartland for a time when he was performing at the International, so it’s totally logical to fans that his ghost would swing by from time to time. A young Elvis also supposedly makes appearances at the old Landmark Pharmacy and, of course, the former International (now the Westgate). (Event venue, 525 Park Paseo, 702-387-6700.) 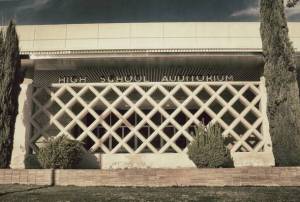 Long before the magnet school was cranking out talented kids, it was Las Vegas High School, and tales of a ghost named Mr. Petri have been handed down for generations: Objects fly off walls in dressing rooms, strange noises are heard late at night after rehearsals and a generally creepy feeling permeates the space. Mr. Petri often became an honorary cast member in LVA shows, with any unexplained incidents chalked up to him. Who was he? The story goes that Mr. Petri once had a house on the land that was to be used for the expansion of the school, and his house mysteriously burned down … with Mr. Petri inside. Other stories say he was a janitor. However, any proof of these stories or a real Mr. Petri remains elusive. (School, 315 S. 7th St., 702-799-7800.) 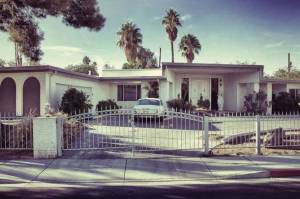 Beyond the hair raising on the back of your neck or the shadows moving quickly beyond the corner of your eye, it is said that famed pianist Liberace, Lee to his friends, still wants to play on. Much like numerous spottings of Elvis around Las Vegas, Liberace is rumored to not only haunt his old home, dubbed the White House, but also the defunct Liberace Museum, another of his former homes at 4982 Shirley Street and the former Carluccio’s Tivoli Gardens restaurant. Needless to say, his ghost gets around. But it’s at the White House, amid the mirrors, candelabras and gold/silver wallpaper, where someone from the spirit world still shows up to take a turn at the keys. One guest claims to have spotted a slender man with dark hair and a thin mustache lounging by the pool. Ghost Hunters also visited the White House for a television investigation and spotted the apparition of a woman staring at them through a kitchen window. (Home, 1812 S. 15th St.) 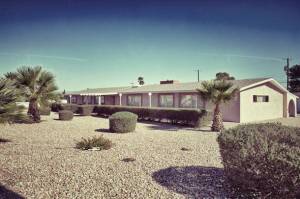 Once a comedian, always a comedian, at least in the case of famed Strip performer Redd Foxx. Arriving in Las Vegas in the early 1950s, he broke through racial barriers as a performer and eventually worked his way up to a role on TV show Sanford and Son. However, with the IRS on his tail, Foxx ended up losing his home, and upon his death in 1991, the IRS put the property up for sale. The new resident said the home’s former occupant had never left, immediately reporting unexplained chills and doors opening and closing on their own. A sighting of Foxx’s spirit followed, and it appeared he liked playing pranks, apparently teasing women in the building even after it was converted into a commercial property. (Business, 5460 S. Eastern Ave.) 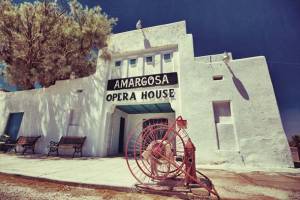 Although not technically in Las Vegas, Amargosa is a popular paranormal spot that has been featured on television investigations such as Ghost Adventures with Vegas’ own Zak Bagans, Nick Groff and Aaron Goodwin, as well as Travel Channel’s The Dead Files. The story goes that a male spirit who’s particularly aggressive toward men haunts the theater and hotel, which was also used as the Lost Highway Hotel in David Lynch’s Lost Highway. Then again, Bagans and crew are usually in there yelling at the ghosts, so you can’t blame spirits for being a little ticked. They say the undead residents outnumber the living, so you may just want to let them be … (Theater and hotel, California 127, Death Valley Junction, California, 760-852-4441.)