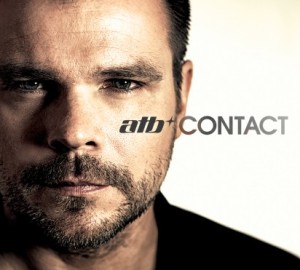 If 2013 was the year electronic dance music turned into a machine, 2014 will hopefully see producers get back to creativity instead of formulas, songwriting instead of an oversaturation of synths. Leading the charge is ATB with his ninth studio album, Contact, out January 24 on Kontor Records.

The DJ/producer behind such club classics as “Ecstasy” and “9PM (Till I Come)” has evolved his sound over the past 15 years, and that musical development and maturation shines through on the 2-disc artist album.

CD 1 focuses on emotional dance music, with plenty of perfectly selected collaborations that retain the heart of trance without sounding dated. The original go-to dance music songstress, Jes, appears on multiple tracks; heartstring-tugging brother and sister duo Boss and Swan shine on multiple offerings as well. Also adding to the nearly perfect album are JanSoon, Tiff Lacey, Sean Ryan and more, all welcomed changes from the nasal auto-tuned vocals in the scene as of late. The finely-crafted productions don’t punch the listener in the ears with aggressive builds and drops, but sneaks them in between lush layers of sound, allowing tracks to breathe and encompass the listener in emotion. Standouts of the 15 original songs include “Together,” “Straight to the Stars,” “Beam Me Up” and “Still Here.”

Further displaying his range, ATB then presents a second CD of mostly instrumentals that bring to mind stunning sunrises while tapping into chillout territory (think Sunlounger with subtle electronic glitches reminiscent of BT). Pianos twinkle, quiet languid basslines seduce, and we swear those are real drums on “Red Sun,” giving it that special analog touch that can’t be created with plugins and samples. A near perfect listening experience from the first to the last of the 12 tracks. Must-download picks are the album’s title track, “Pacific Avenue,” “Love the Silence” and the contemplative final track, “Breathe” featuring Anova.

It’s only January, but Contact could be a contender for one of the best albums of the year—it’s that good.