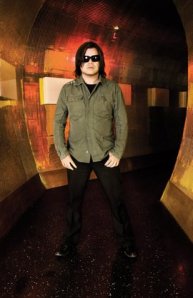 The scenery changes, but the soundtrack remains the same—until now. Vegas can build shiny new venues with impressive aesthetics, but the music only varies slightly at the mega-clubs on any given weekend. (Don’t believe us? Check out our Club Grid.) Never fear, electronic-dance-music fans. Paul Oakenfold is here, and he may just save us from our Saturday-night music snobbery after all.

Paul Oakenfold Presents Perfecto Saturdays launches August 30 at Rain inside the Palms. Now completing his world tour, Oakenfold will begin his first residency in the U.S., forgoing offers in New York and LA. “I think Vegas is the new Ibiza,” says Oakenfold. “I think it’s a global destination. I think it’s not just a domestic American crowd that would want to come. I like the idea that people will travel from around the world, and Vegas seems to be the place where a lot of people want to go.”

Named for his record label, Perfecto isn’t just a party Oakenfold branded with his name, intending only to actually appear a few times annually. “I will do as many shows as I can do. I was previously asked to support Madonna on European dates and South America, so I won’t be around during some of the shows, but I’ll be there as much as I can.”

He will balance his Rain residency with the task of designing and conceptualizing the party, which has a price tag of a reported $60,000-$70,000 a week and includes performance artists and big-budget props. “I work closely with Mike Fuller [of N9ne Group]. Mike Fuller’s kind of putting everything together … We sat down, and we thought it through together, and we came up with some really good ideas,” says Oakenfold, some of those ideas including collaborations with VJ pioneer Vello Virkhaus and an opera singer on opening night.

But it’s not just about jaw-dropping aesthetics inside the club. In addition to Oakenfold-manned decks, the music has the potential to be unrivaled on a Sin City Saturday. “We’re planning to bring the likes of David Guetta and Pete Tong,” Oakenfold says. “We’re certainly in conversations with the likes of Tiësto and Paul van Dyk.” He feels Perfecto will bring locals the spirit and energy of Europe, cites Ibiza’s famous clubs Pacha and Amnesia as influences and alludes to a tie-in once the Ibiza party season ends in October. We’ve been hearing rumors of a possible Ibiza-Vegas DJ exchange program of sorts for a while.

The music at Perfecto is “certainly not the run-of-the-mill in Las Vegas,” says Oakenfold. “A lot of the music played at other clubs is very Top 40-oriented; this is very European. Hopefully it brings something to your music scene. The other clubs tend to play a similar sound, and I think certainly we’ll be bringing something different to Vegas.”

Oakenfold believes his residency will allow him to go back to “breaking records”—that is, exposing club-goers to new, noncommercial tracks. “We’ll touch on some good, strong new music, but obviously it’s not just all about new. It’s entertainment, but also education, so there’ll be a couple of classics thrown in.”

Oakenfold understands that while the international appeal of Perfecto is important, so too are the Vegas locals. “They’re the roots and foundation of any successful night, and they are really important to me personally,” he explains. “I know how important it is to get their support, and to give the support back. We’re certainly open to suggestions.” He adds, “We’ve got to get Vegas on the map internationally. This club can benefit Vegas in terms of a global, international scene, and I think it’s about time Vegas had that. It’s a grown-up city now; it’s now time to take part on a global level.” In the Vegas mega-clubs where you can almost set your watch by the repetitive set lists, Oakenfold’s Perfecto could be the party that revitalizes Saturday nights for electronic-dance-music fans.

(Originally published in Las Vegas Weekly and at LasVegasWeekly.com.)